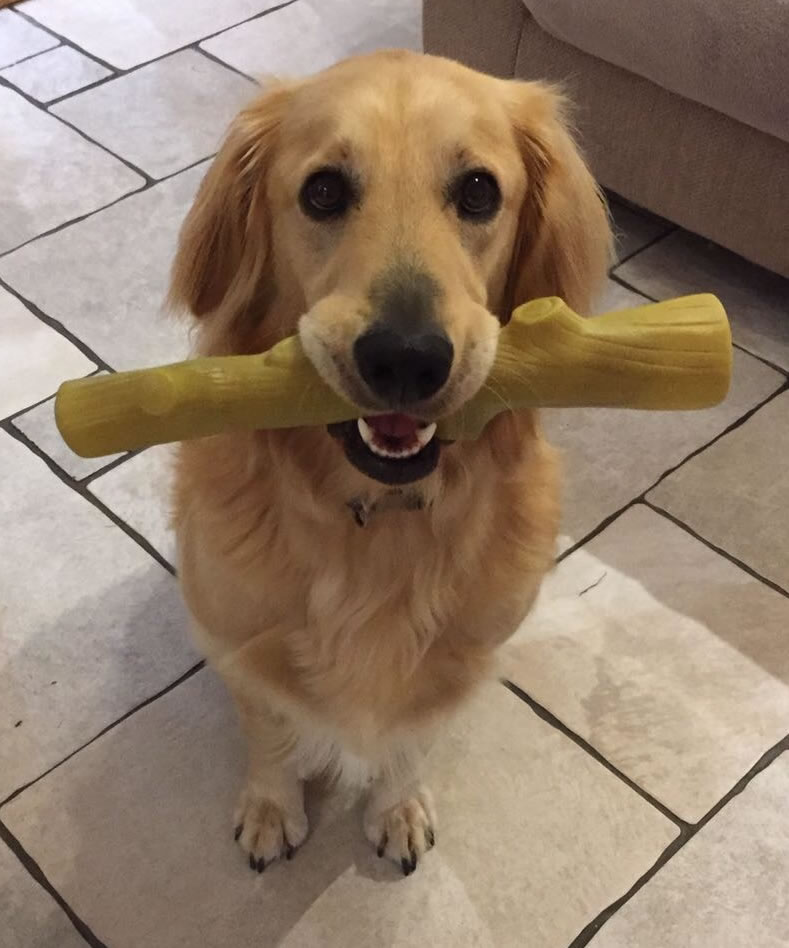 We are pleased to say that one of our care homes in Bucks, Totteridge House, has a new member to the team, meet Milo the therapy dog!

Milo started visiting Totteridge House on 28th February 2018 and is visiting on a weekly basis for 2 hours over a 13 week period. He is an apricot-coloured, low shredding 2 year old labradoodle and responds very well to attention. He is calm, affectionate and loves people. He loves to be brushed, petted and played with and particularly loves balls being thrown to him – he always looks like he is smiling!

Research evidence indicates that even the most basic interaction, such as stroking a therapy dog, can cause significant physiological changes, including lowering blood pressure and the heart rate; as well as reducing stress and anxiety and promoting willingness to engage with previously threatening experiences and situations.

Having physical and emotional interaction with a therapy dog and the interaction help of other people through a therapy dog enables individuals to experience a sense of purpose and responsibility; non-judgemental affection and a sharp and easy focus on communication.

Therapeutic visits from Milo helps our service users with their autism and complex needs, increasing their socialisation, self-confidence and self-worth, whilst also reducing anxiety and loneliness. This interaction and time spent with Milo has really helped some of the people we support overcome some of their daily obstacles.

Two people at Totteridge House have made particular improvement. One service user chose not to leave his room and engage outside of his comfort zone since December 2016. He loves animals, with his favourite animal being dogs, so our hope of having Milo was to help us tempt him out of his room for ‘walkies’ with Milo.

On the first session he did not get out of his bed, however he enjoyed having Milo there. On session two he was sitting on the edge of the bed stroking Milo, and on session three he was out of his bed, dressed and was standing for the whole session – so fantastic and we are going in the right direction!

The next person is another gentleman who we struggled to get physically moving. He is very keen on Milo as well and loves the dog already. Since Milo has been visiting Totteridge House he has been up by 8am, dressed and ready to go to Tesco’s to get Milo some treats. He is always waiting by the front door till 12pm for Milo to arrive. He then happily walks for an hour with Milo.

“So Milo is already working his magic and we are very proud of the people who are achieving their goals.”